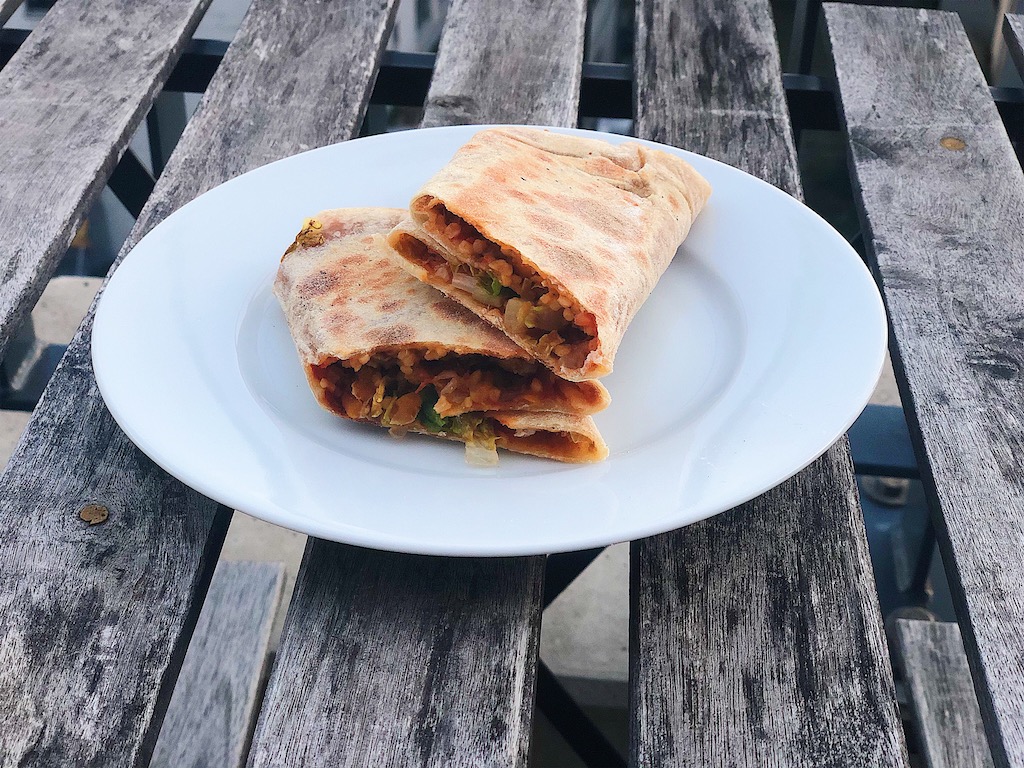 Although Ana Sortun and Maura Kilpatrick refer to the bread in this recipe as "yufka" the first time I used it, José said they were the best flour tortillas he's had since leaving Mexico. So at this point, whenever I make this dough, his ears perk up and the pure joy of us having burritos for dinner is marked all over his face.

Today I thought I'd have to disappoint when I said I was making a red lentil wrap kind of thing. I tried to mince my words a bit so as not to oversell or undersell it, but I'll admit that going up against burritos is a hard sell in this home so I was a bit nervous. Also...I want to love lentils, I really do, but I just don't like them that much. Genuinely all my heart knows that they're nutritious powerhouses especially in diets with reduced animal products. My dad even dreamed of a life where every Wednesday would be lentil soup day. I want to love them that much, but I often find them to be bitter and mealy. Interestingly, José also loves lentils more than I'd imagine, so it gives me a little leeway in my experiments in this area. This recipe comes from the cookbook Soframiz: Vibrant Middle Eastern Recipes from Sofra Bakery & Cafe. This cafe one of my favorite places back in Boston and as the fall air rolls in, I'm craving the food from this cafe and a long walk through Mt. Auburn Cemetery (I promise it's one of the most beautiful parks out there). I've made some slight adjustments to make this vegetarian recipe vegan. I didn't have split red lentils, just whole ones with their outer skin, a coarser grind bulgur, and various kinds of chili flakes but not maras pepper. The result is probably not as smooth, perhaps slightly spicier, but it's still incredibly delicious.

The tomato jam is really what makes this dish stand out. It brings an acidity to the wrap that I underestimated. It's what makes a lentil dish craveable, even for me, a lentil skeptic.

For the yufka dough, combine all the ingredients together in a medium-sized bowl. The dough will be sticky so you'll need a good amount of extra flour when you knead it. Once the dough comes together, place on a well-floured countertop and knead until the dough becomes smooth (1-3 minutes). Then put a drop of oil in the bowl, coat the dough and place in the bowl. Cover the dough for at least an hour, but the longer the better as it will stretch more easily.

For the tomato jam, heat a small pot. Add the oil and once the oil is nice and hot, add the crushed garlic. Let it sizzle a little (you don't want it to brown) and then add the crushed tomatoes and reduce the heat to very low. You'll want to give it a stir now and then but at this point you're just trying to thicken it up.

For the lentil filling, take a large pot, and heat on medium. Add the olive oil, onion, and carrots. Give it a good stir and cook to soften but not brown, around 5 minutes. Then add the tomato paste, cumin, and chili flakes. Give it a good stir to combine all the ingredients well. Then add the water and lentils. Bring to a boil and cook for around 20 minutes or until the lentils are soft.

Once the lentils are soft, add in the bulgur mixture. The finer your bulgur, the faster this will cook. Mine was quite coarse, so I left the heat on and let it cook for 10 minutes or so until everything was soft. Once cooked, with a strong stirring instrument (as Ana and Maura suggest, a wooden spoon) and beat the mixture to form a paste. At this point, season with salt to taste.

To cook the yufka, flour a working surface and place the dough down on the counter. Coat in flour, divide into 6 even pieces, and roll each into a ball. With a rolling pin, roll each one out to about 10". I have a rather small frying pan so I like to flour mine well, and to transfer, I fold them in half, and then half again to get "a big slice of pie" shape. Then I gently unfold the dough in the pan, moving quickly. In a skillet heated over medium-high heat, place the rolled-out dough on the surface. Let cook until it starts to puff up, a minute or two, and then flip it over and cook on the other side. Remove from the heat and repeat with each one.

To assemble, take a yufka flatbread, spread 1-2 tbsp of the tomato jam mixture on it end-to end. Think of the bread being vertically sliced into 4 sections. In the second section (it touches the center line), place 1/6 of the filling mixture. Take the outer edge of that quarter and fold it in to meet the center line. Now on the other half, place some of the shredded lettuce and pickled jalapeños. Fold the outer edge to meet the center line again. Now fold the whole thing like a book, so that the outer-most edges that you folded in, are now folded in on themselves, almost forming a rolled bread. Place on the heated skillet you used for the yufkas, and crisp up both of the outer sides of the roll you've just made. Repeat for each bread. 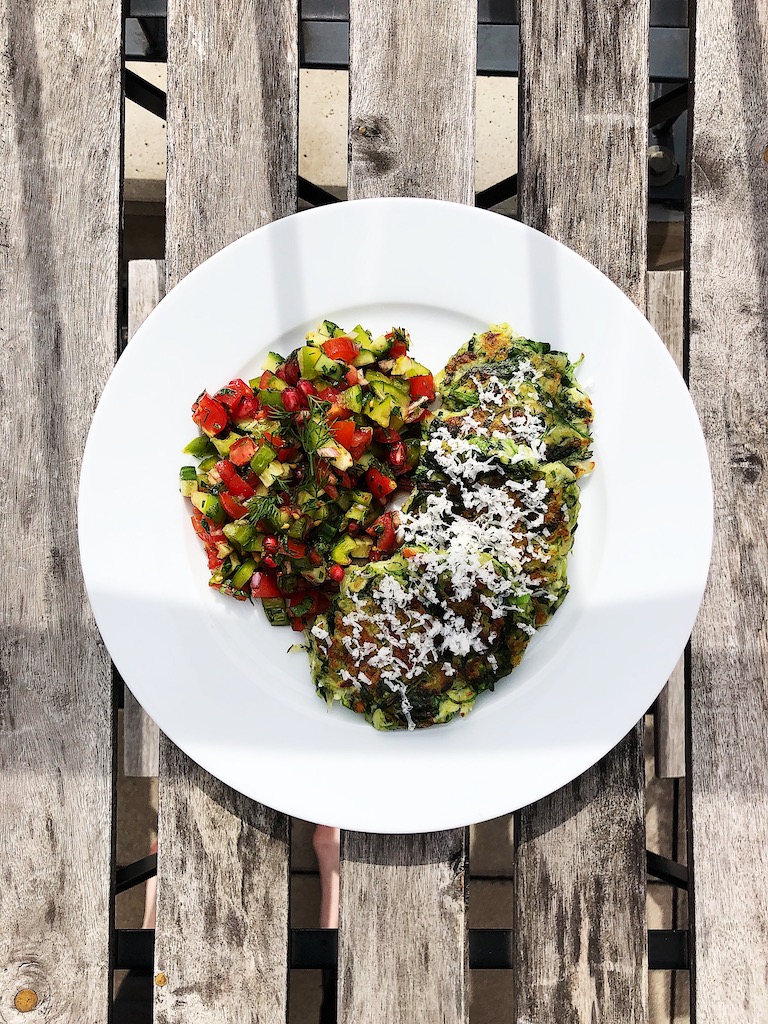 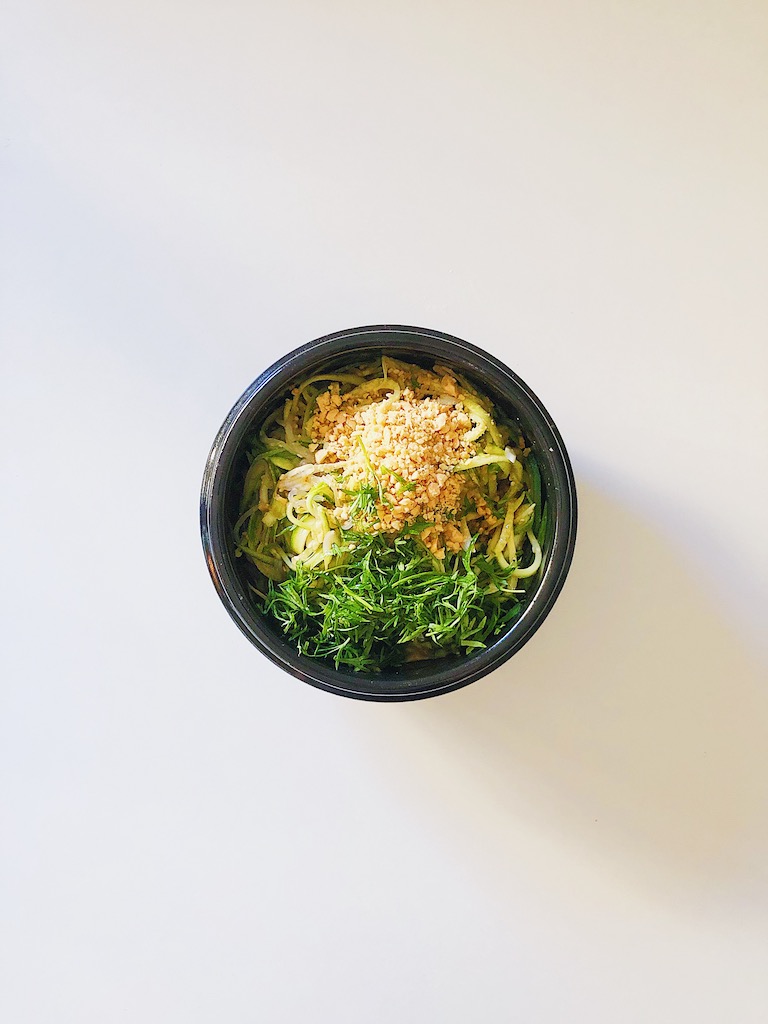 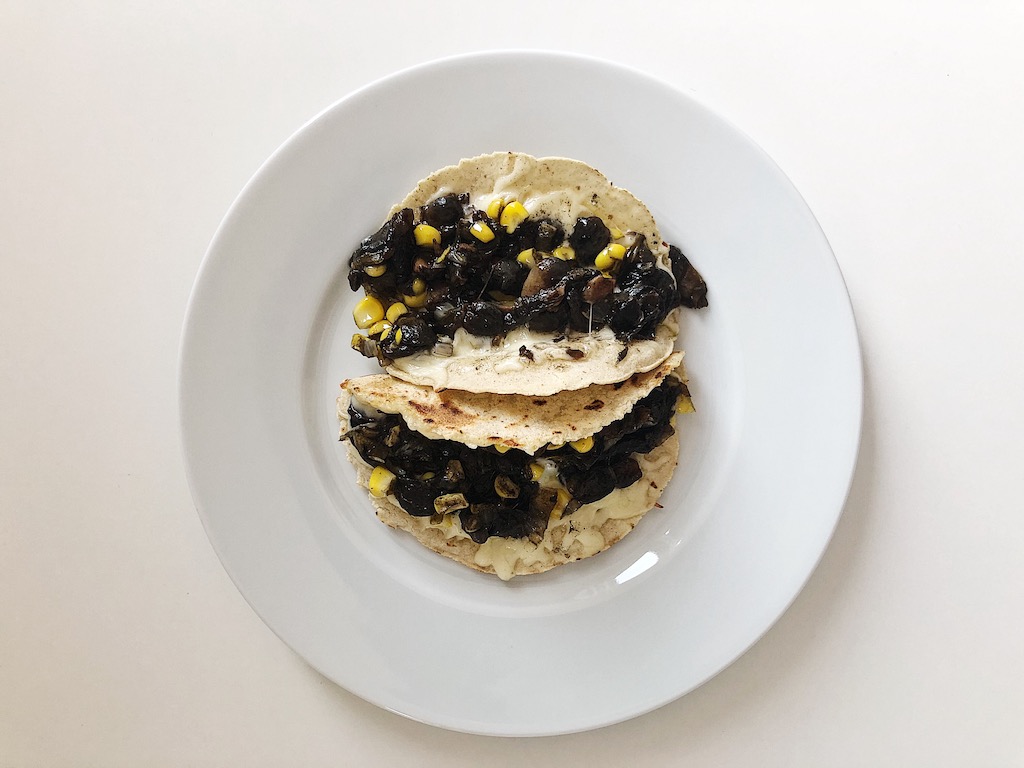